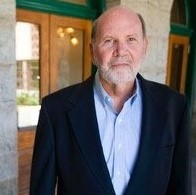 Back to Our Team

The PACE Foundation is a pioneer in the national advocacy for research, diagnosis and treatment of children’s PostInfectious Neurological Autoimmune Disorders (CPAE). Paul’s vision has been to establish CPAE clinics nationwide, at top universities, which have led the way to world-class treatment and research necessary for patients to lead nearly symptom-free lives.  Paul has spearheaded the passage of legislation to fund pediatric neurological autoimmune disorder research, helped to secure funding for a global FDA sanctioned research trial and developed a disease awareness campaign in states nationwide.

PACE’s initial crusade in Arizona paved the way for the opening of the first CPAE Center of Excellence at the University of Arizona, in Tucson, followed by regional CPAE clinics located throughout the United States. His position on Arizona’s House of Representatives committee for Pediatric Neuropsychiatric Autoimmune Disorders helped to solidify the disorders’ stature and the urgency for continued government support of the Foundation and partner goals. Paul’s previous executive positions at General Electric and then his founding of Ryan Associates, an international consulting company specializing in integrated manufacturing and financial systems, have provided PACE the expertise in coordinating a consortium of medical, government, corporate and private entities to fund efforts nationwide to address this growing medical issue.